THC and CBD: The Relationship Between The 2 Most Popular Cannabinoids

Cannabinoids make the cannabis world go round. Regardless of our consumption method, stoners always want their cannabis nice and packed with all the best cannabinoids such as CBN, CBG, and an awesome terpene profile. However, there are two cannabinoids that have taken the world by storm and those would be THC and CBD.

The Key Differences between THC and CBD 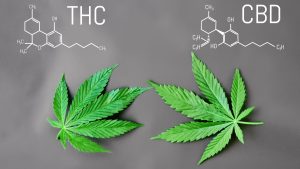 THC is also sourced from cannabis plants instead of hemp, which is the primary reason that your sticky icky bud has a nice elevating effect. Between the two, it undeniably puts the capital T in STONED, while CBD has been known to produce more calming and potentially anxiety-relieving effects.

More often than not people consume THC through smoking from items such as joints, pipes, bongs, and rigs, while many CBD users tend to gravitate towards edibles and gummies. There are a plethora of options for both available at your local Nectar so be sure to let our friendly budtenders help you out! 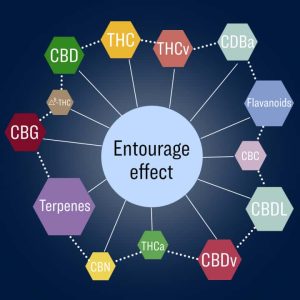 The endocannabinoid system is one of the neural transmission systems to the brain that relay signals between it and nerve cells in the body. Due to all these similar structures, These two cannabinoids are both received well by the endocannabinoid system despite providing very different effects. As a result of this pairing, they are the go-to choice for many cannabis consumers and are also the driving piece of evidence behind the Entourage Theory.

The Entourage Theory may potentially explain why these two cannabinoids pair so well together. The theory itself is a phenomenon that happens when you pair two or more cannabinoids together when consuming cannabis. It is thought that by pairing two cannabinoids, their psychoactive and non-psychoactive effects are both enhanced by the complementary combinations of cannabinoids.

As I said, this isn’t ground-breaking news, but I find understanding the differences in cannabinoids to be absolutely vital to finding your perfect elevation with the right combination of cannabinoids from your cannabis. Not to worry though! Nectar is here to help you find the right product for you!

If you are a gummy person, then you need to try Wyld Gummies. They possess awesome gummies to try such as their Peach 2:1 CBD+Hybrid Enhanced gummy. If you are looking for gummies without any psychoactive effects then check out Wyld CBD gummies which have multiple types of awesome gummies that are packed with non-psychoactive cannabinoids. We also offer Tasty’s gummies for those who do want a stronger elevation. Try out their Double Berry 2:1 gummies for an awesome mix of cannabinoids!

One thing I definitely recommend trying is some low-percentage THC and high-percentage CBD buds. East Fork Cultivators produces amazing strains such as Nice Tsunami and Kush Petals. What I like to do is take a high CBD strain and mix it in my grinder with a THC dominant strain such as any of the awesome strains from Sunshine Weed Co. and so I get the best of both worlds in my bowls.

Regardless of where you fall on the cannabis spectrum, these cannabinoids are both an amazing and integral part of cannabis, which is why understanding them is so important to us as cannabis enthusiasts. So whether you want to put some smoke in the air or eat some kush candy, be sure to understand what you are looking for in cannabinoids so you can maximize the enjoyment of your elevation. Remember these two are not the only cannabinoids out there. Check out our THCA, CBN, CBG, and Terpenes articles so you can understand the complex and wild world of cannabinoids!