Cannabis has been around for centuries; the earliest signs of humans smoking cannabis was found to be used in ancient Asia in about 500 BC. Things have definitely grown and changed as time passed, and just as the cannabis plant has evolved over time, so has the method of consumption.

It has been one long journey to get to master art pieces of pipes, bongs, and rigs in the glass community. This puts the thought into mind, how did our ancestors light up some flower and how did we get to where we are now? Let’s dive into the timeline of how cultures around the world began smoking in style with easily accessible pieces.

Chillum shaped pipes and variations of water pipes have been found in many parts of the world, from South America to Africa to several parts of Asia and Russia, all dating back hundreds of years, implying that many cultures partook in some form of recreational, medical, or spiritual smoking habits.

Recently, it was discovered in China some ancient braziers, which were wooden like bowls with rocks in it used to smoke cannabis, and is so far the earliest sign of humans smoking flower. 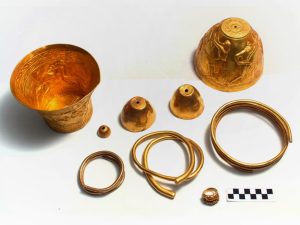 A few years ago in Russia, a few gold artifacts were discovered with black residue on them. After further testing, it was found that the residue is from cannabis and opium, indicating that the Scythian culture used these drugs to help through battle or simply for recreational purposes. These artifacts have been determined to be about 2400 years old and only used by royalty tribes; they are considered the earliest form of bongs found throughout history.

The first type of pipe that was discovered – and still used today – is considered a chillum, which is a conical pipe made out of clay or animal horns, they were mainly found in India and eventually made its way to Africa and Jamaica. Today, however, these are mainly referred to as “one-hitters.”

In India, cannabis has been found to be used for thousands of years by different generations of civilizations. The god Shiva is the most commonly linked god to cannabis and a Sadhu is considered a representative of the gods by Hindus. Sadhus would use cannabis in religious ceremonies and holy festivities as a means of spiritual enlightenment, and is still viewed this way today. 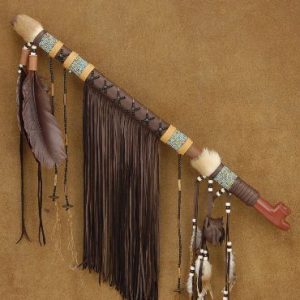 In the 1800s, Rastafarians (of Rastafarianism) in Jamaica and some Native American tribes began incorporating cannabis into their society through meditation aid, gaining wisdom, and religious ceremonies which helped pioneer one of their most famous ceremonial tools, the sacred pipe (peace pipes). Chillums have also been traced back hundreds of years in these cultures and environments.

All in all, it is tough for scientists to pin down when and where smoking cannabis first started to become an integral part of cultures. Yet, the consistency remains the same throughout the different cultures in spiritual habits and what elements were used to create smoking devices. The most common substance that was used to make chillums was clay and sometimes other natural ingredients like stone, animal horn, or bamboo.

Around the Iron Age (1200 BC) when tools became more advanced, wood became a more popular element to create pipes with. Harvesting and carving wood became a more useful skill during this age and demand for these increased as wood chillums could withstand more frequent usage than clay.

The Development of Modern Pipes 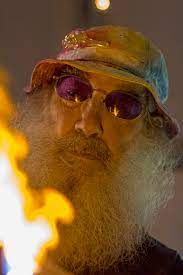 Snodgrass began sharing his talent with glassblowing usable smoking pieces while traveling on tour with the Grateful Dead. He would set up his shop outside of concert venues and had a high demand for his one-of-a-kind pieces. He ended up touring with the band and his family for years to come, which in turn lead to his artwork shaping the entire glass piece industry, granting him the name the “Godfather of Glass.”

However, cannabis was still illegal when the industry started to grow. In 2003, Operation Pipe Dreams (a multi-agency and multi-jurisdictional federal undercover sting operation) put 55 illegal drug paraphernalia sellers out of business.

The loophole around that was that many had to sell their pieces under the impression that they were for tobacco use only. Overtime, as more and more states began to legalize medical and recreational use of cannabis, the glass community began growing and getting back on the map, leading us to where we are now. 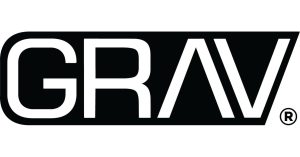 There are many benefits and detriments to picking a pipe over a joint or another smoking mechanism, in turn it all comes down to the user preference. Pipes can offer less aroma and smoked produced versus a joint, which is something that is more convenient for some. Smoking from a pipe can help bud last longer and is cheaper than constantly buying rolling papers or prerolls.

The biggest thing that drives people away from pipes is the consistent cleaning of the piece, but the convenience, and ease of use for pipes cannot be denied. There are a numerous pipes out on the market of all different shapes and sizes, however  your local Nectar has a great selection of pipes as well. From Special K Sherlock pipes to the Grav glass we carry,  your local Nectar has an  option for you, so stop by for a cannabis pipe so you can smoke like our stoner ancestors!