There is No Need For Illicit Market Weed: Why Purchasing Illegal Cannabis is 100% a Bad Idea

Before 1996, recreational and medical use of cannabis was illegal in the United States. Cultivation, buying and selling, and transportation were all done through the illicit market, which is the illegal and unregulated market. The illicit market exists today, regardless of the legal status of medical and recreational cannabis in your state and the entire USA.

What is The Illicit Market 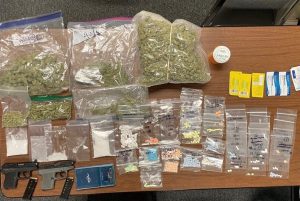 The illicit market is a system where goods are exchanged outside of any regulation, rule of law, or government oversight, making it one of the most dangerous parts of society. The illicit market deals in the following: human trafficking, firearms, explosives, illegal gambling at underground casinos, wildlife trade, blood gems, especially drugs, and unfortunately so much more.

Occasionally legal goods are exchanged, but they are sold in a way to avoid regulation and taxation. In general, the illicit market alters a country’s economic data because transactions are not recorded. Initially, illicit sales are cash only but with the recent rise in electronic currency, virtual trades are becoming more common; no matter how the trade is paid for, transactions are not taxed.

The illicit drug market finances powerful drug cartels, terrorist cells, and criminal enterprises across the globe. These groups wage war against governments, conquer cities, and terrorize civilians; it is especially seen in poorer countries where drugs are produced and trafficked to wealthier nations, like the United States. However, places exist in the US that are unregulated by the government and run by people in the illicit market system. 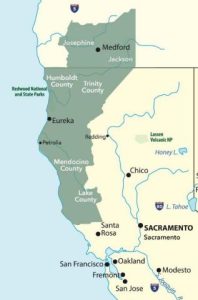 The Emerald Triangle, which stretches from Humboldt County to Trinity County to Mendocino County, is the country’s largest cannabis-growing industry. Trimmigrants are migrant workers that migrate to Northern California to the region known as the Emerald Triangle to trim leafy buds. Thousands of workers – which includes students from nearby college towns as well as immigrants – move up to trim for the harvest season. This occurs between September to November; the trimmers earn anywhere between $100-300 for a 15-hour work day.

While many cannabis growers in this region grow peacefully and legally in accordance with California regulations there is still a vast amount of illegal grows hidden away in the region.

The vast Northern Californian forests provide a shield for pot farmers from trespassers and law enforcement. Working as a trimmigrant in this area leads to people working in dangerous conditions, and most of the trimmers hired are women. Sexual abuse, human trafficking, and exploitation are unfortunately all too prevalent. For example: being pushed to work topless to get paid more) are some of the most commonly heard dangers that they face. Contacting law enforcement does little to no help since most of the growers are hidden deep in the Northern California forests and willing to use extreme violence to defend their grow. 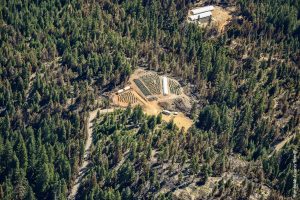 The Future Is Not the Illicit Market

The legality of the cultivation, importation, manufacture, distribution, retailing, and use of cannabis has been approved by 37 states across the country. California was the first state to legalize medical marijuana, and Oregon followed suit in 1998. Specific policy preferences range from a retraction of the government from marijuana control, to a carefully controlled licensing system, to a government monopoly on retail sales, wholesale distribution, or manufacture of cannabis products. Eventually, things like quality, potency, quantity purchased, location, time of sales, age restrictions, and more. Laws would be determined first by federal, then by state, then by local status.

There are many advantages that come with legalizing illegal goods with policy regulation. Having better quality and safety controls of the product, economic savings, and the disappearance of most of the illegal market activity in communities, are some of the benefits of legalizing cannabis. Cannabis dispensaries open up a variety of opportunities for consumers to purchase cannabis with no risk attached.

Before dispensaries, though, people who wanted to purchase cannabis had to do so in the shadows from local drug dealers. This is still a common practice today, however, unlike your local budtender, dealers are not licensed. Even if cannabis is legal in a state, it’s only legal to purchase from a licensed operator. Not only that but the flower that dealers carry from the illicit market is not regulated, therefore one may have no idea where the cannabis came from or if it was tested or mixed with any harmful contaminants.

Having regulated cannabis means having frequent mandatory lab testing requirements, regulations on pesticides, and labeling and packaging requirements, all with the safety of the consumer in mind. This raises the question, why break the law and purchase something from the illicit market if you don’t have to? Especially if it puts a career, family, and health at stake because of all the risks involved.

One common answer to that question is that dealers have cheaper bud. Yet, none of the money they receive goes back into one’s own community, instead, it continues to fund the illicit market and the horrors it produces. Legal cannabis is taxed differently in every state and different in every town. In the long run, the money that comes from those taxes helps build communities by paying for things like schools, roads, drug prevention and treatment, and other public benefits.

Not only is the money going back to the community when you buy at a dispensary, but when you shop there, you are supporting local farms and small businesses run by community members, instead of it going back to fund the illicit market. When purchasing from a dispensary, you can be sure that the flower you got was grown within state lines and properly tested.

Further Reasons To Turn Away From the Illicit Market

Another common reason why people may turn to dealers is privacy. Someone can walk into a dispensary and immediately get asked to see their ID, plus, there are security cameras all over. This is where the transparency of the company is key. One can always feel free to ask your budtender about the privacy policies of the company and if anything is done with their personal information. Dealers may offer more anonymity, but you can expect the same from them which can put you at extreme risk. At the dispensaries, workers must have their licenses on them at all times and can answer questions about the safety of not only the products but of customers, as well. 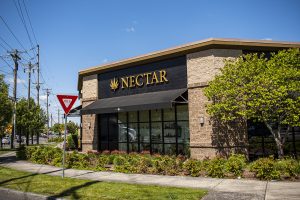 One obvious factor as to why legalizing cannabis dispensaries is an advantage to the consumer is convenience. One can pull up a map on their phone and find the nearest dispensary, along with their menu and pricing. Many such as Nectar offer online or phone orders and curbside pickup. Dealers are not as reliable, either because they don’t communicate well, don’t show up to a meeting spot, or just don’t have any supply on them. With Nectar, you know we will always have something that you are looking for, 365 days a year in any corner of the state.

At the end of the day you may know your dealer, you may even trust your dealer, they may even be worthy of that trust, but believe me when I say that they probably have no clue where their cannabis came from, who was hurt in the process for them to obtain it, or what dangers their cannabis may carry because it’s not lab tested. This ultimately makes your dealer unreliable beyond any short term appeal for convenience when you can achieve both, reliability and convenience at any Nectar you walk into. 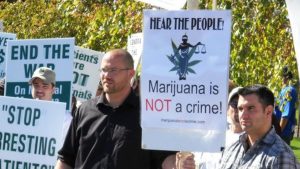 The legal cannabis industry does more than provide safe, convenient, and effective products. As we progress in society and cannabis, social justice plays a big role in the industry in terms of repairing from the harms of prohibition, criminal injustice and reimagining the drug policy (Last Prisoner Project), equity and economic empowerment resources for communities impacted by the war on drugs, advocating for the safety of cannabis workers, and more.

The stoner community for many years had to operate through the illicit market because there was just no other way to obtain cannabis before legalization. Times have changed however, the stigmas, stereotypes, and regulations that are harmful to the cannabis industry and community are rapidly changing. Stoners no longer need to hide in the shadows and purchase from the illicit market. So the next time you want to purchase some cannabis come on down to your local Nectar with your head held high, and be proud that your purchases are going to the legal cannabis industry, communities, and the good people in them, instead of the evils and horror that many face in the world of the illicit market.