If you missed the first night of the Nectar – sponsored Portland Shines Concert Series, don’t worry, you still have two more chances to go.

The second concert of the three-show summer series sponsored by Nectar is Saturday, August 17th at Portland’s Bossanova Ballroom. Headlining night No. 2 is Sa-Roc, a rapper who has performed alongside the likes of Talib Kweli, Dead Prez and Atmosphere, and is one of the few MC’s to perform regularly as a featured artist with The Roots. Other performers on the all-female bill include Raquel Divar, Brown Calculus, KayelaJ, Lisa Vazquez, Amenta Abioto and DJ Mami Miami.

“This is going to be a tribute to females in art and cannabis,” according to event coordinator Garren Gammell, who dabbled in the music industry before starting Tasty’s, an edible company. In addition to the tunes, the events feature live art, vendor booths, a photo booth, raffle and patrons can also visit the Potlandia Experience – a bus that parks outside to provide a safe haven for weed smokers.

If things pop off like they did on the first night, when Prof was the headliner, you might start seeing more cannabis, music collaborations coming to town.

“Nectar has worked closely with us to put this whole thing on and create a cool experience for the general public and the music industry,” said Gammell. “If we make this successful, we can do it five times bigger next year and do something outside. We can have a festival!”

The first concert was a success, as Prof, a rapper, singer and songwriter based out of Minneapolis, Minn., had a lot to do with the sold out crowd that packed the venue.

“Prof has a cult following,” said Gammell. “The energy in the venue that night was incredible.”

As for the third and final concert in the series, which has been pushed to sometime in October, the headliner is still not determined but the word on the street is there are ongoing negotiations with a certain rapper/iconic chef from New York.

WHY: Because Nectar is sponsoring the event and cannabis and music go together like peanut butter and jelly

COST: $20 in advance, $25 at the door; First 100 Nectar employees receive complimentary tickets for being part of the team 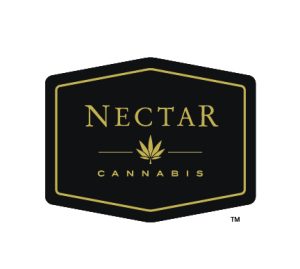